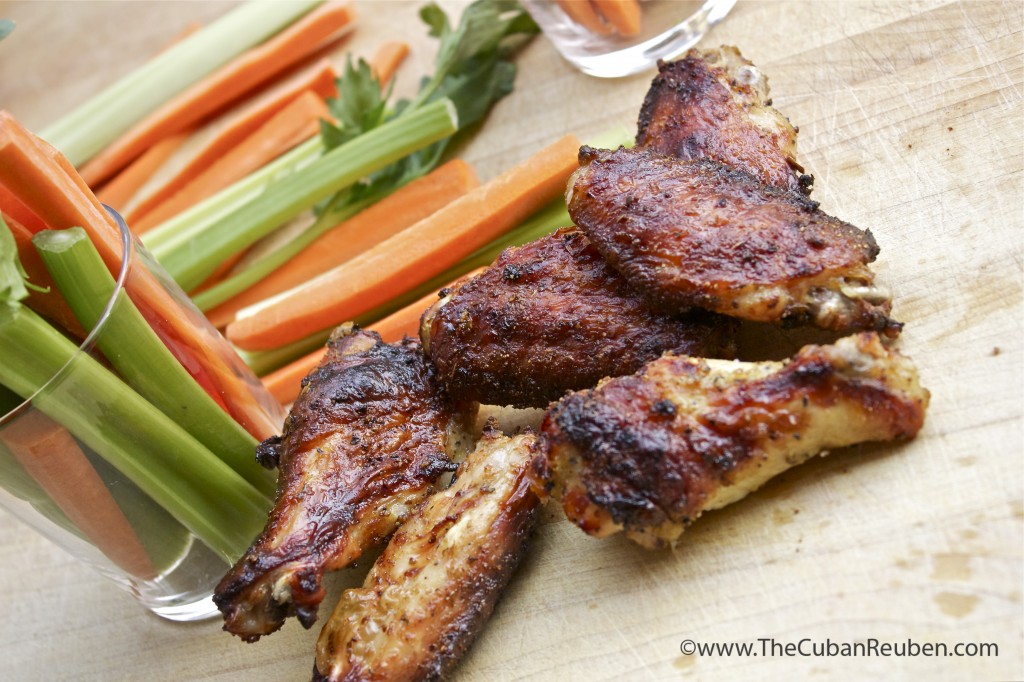 Recently, I ventured out of my culinary comfort zone for the sake of all things delicious. To begin with, the truth is that Kenny and I are not really beer drinkers. Sure, I’ve been known to order a citrus-garnished Blue Moon or a Sea Dog Blueberry Ale from the countless gastropubs in the area every now and again, but that’s mostly because I like their fruity taste, and well…when in Rome. Secondly, I’ve always favored marinading my meats, and never dove off the deep-end of brining before.  But since I was in the mood for good, old fashioned comfort food, and was drying my tears over the nail-biter loss in the Ohio State vs. Northwestern football game a couple weeks ago, I thought I’d dream up a new dish. And so… I present to you my very own Beer Brined Chicken Wings.

These wings were a bit of a commitment to make, but let’s get one thing straight. They. Were. SO. Worth. It. First, I used a little elbow grease to separate the wings into flats and drumettes, because in this house, Kenny likes the drumettes, whereas I prefer the flats. Plus, separating them would reduce the cooking time. Then, I created a brine from a few cans of beer mixed with some of my favorite aromatic spices and seasonings. It wouldn’t be a brine without salt, so I added enough to turn the liquid into a salty bath in honor of the tears of defeat I shed for my poor Northwestern Wildcats. Once the wing pieces had soaked in the brine for a few hours, I dried them really well, and coated them with a homemade dry-rub. Lastly, I set them atop my makeshift broiling pan, and broiled the wings until they were crisp and deeply browned. At this point the scent emanating from my kitchen was so strong and so mouth-wateringly divine, I was worried I had inadvertently invited the whole neighborhood to join us.

I served these little babies as a snack while Kenny and I watched another ill-fated football game. Although I paired them with some fresh-cut carrot and celery sticks for old-time-sake, these wings were so flavorful and juicy, no creamy dipping sauce was necessary whatsoever. After trying his first piece, a very distracted Kenny announced that these were good. I knew I took it all the way into the end zone, when Kenny reached for a second piece, peeled his eyes away from the TV for the three seconds it took him to exclaim with zeal, “No, these are REALLY good!”

Try them for yourself, and you’ll never order those greasy, heart-burn inducing delivery wings, again.