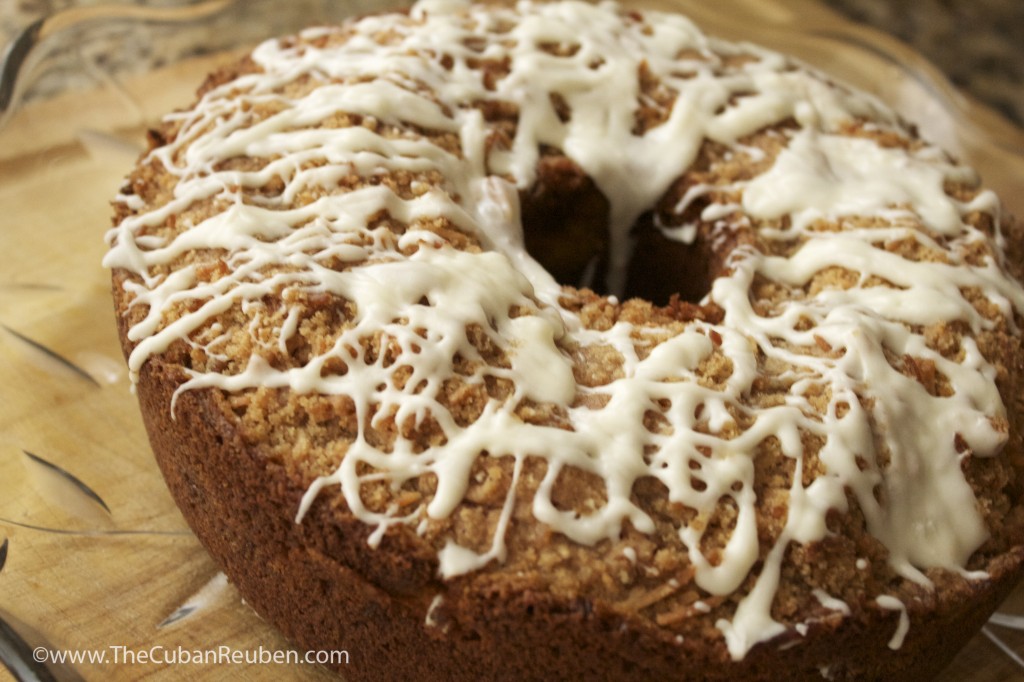 Recently, the newlywed chavurah from my synagogue — of which Kenny and I are still members, despite our clearly non-newlywed status — got together for a potluck bbq at the home of our friends, Jan and Ben. I wracked my brain for what to bring, but remembered the perfect summer-themed treat: my Pineapple Coconut Coffee Cake.

With its sweet layer of crumb topping and crushed pineapple swirled though the middle, it has a tropical flavor that cannot be beat.

Even avid pineapple and coconut haters, like my friend, Adam, took second helpings of this one.

If your next island adventure is a long time coming, this is a coffee cake you won’t want to miss.

To read all about its inspiration, and for the full recipe, click here, and check out my feature on My Jewish Learning’s blog, The Nosher. 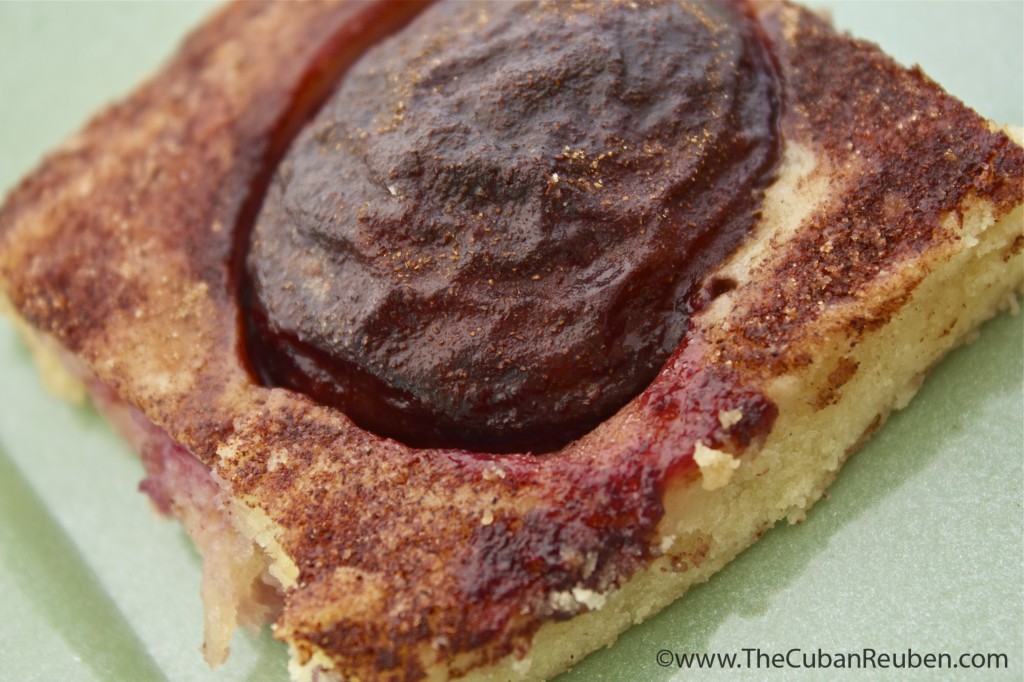