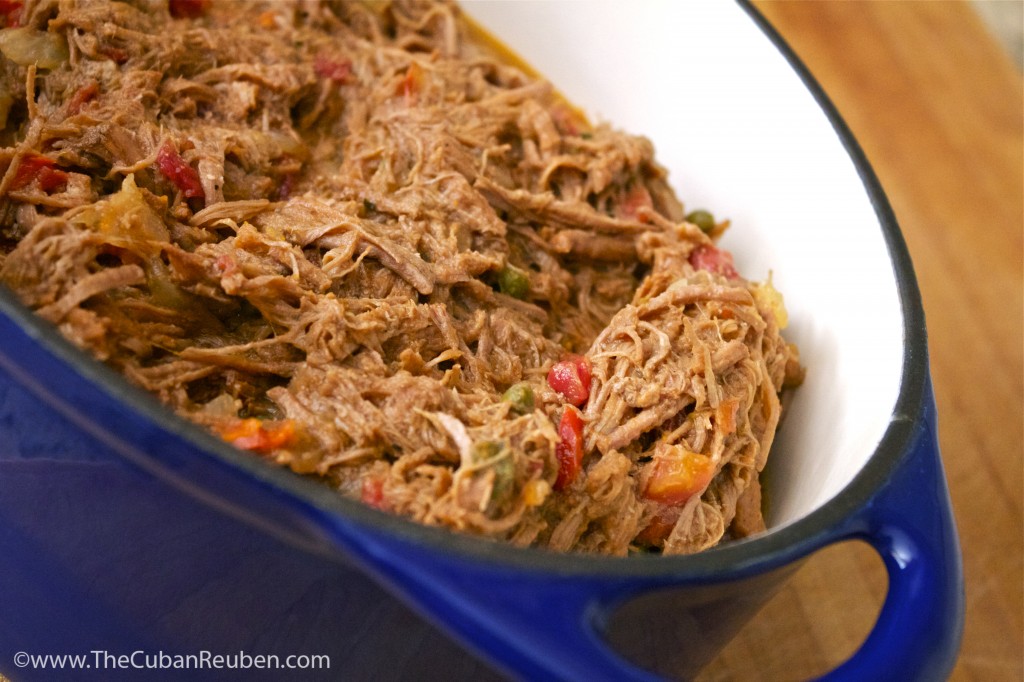 Fortunately, there is plenty of common ground between the two. Given the fact that both place a high priority on family and tradition, and get-togethers almost always revolve around food, my family has been blurring the cultural dividing lines for decades. This melting pot approach jumps into high gear around the holidays and other family gatherings. My “Jewban” family has been known to serve a creamy flan during Shavuot, a citrus and garlic-infused Cuban-style chicken for Shabbat, and minty Mojito-scented quinoa during Passover. These incredible dishes aside, nothing holds a candle to my family’s recipe for Ropa Vieja, Cuban comfort food at its very best.